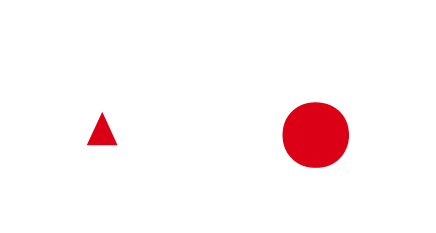 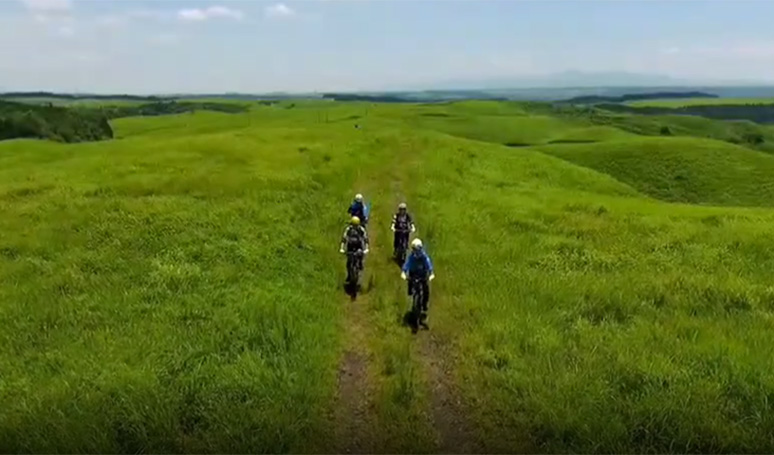 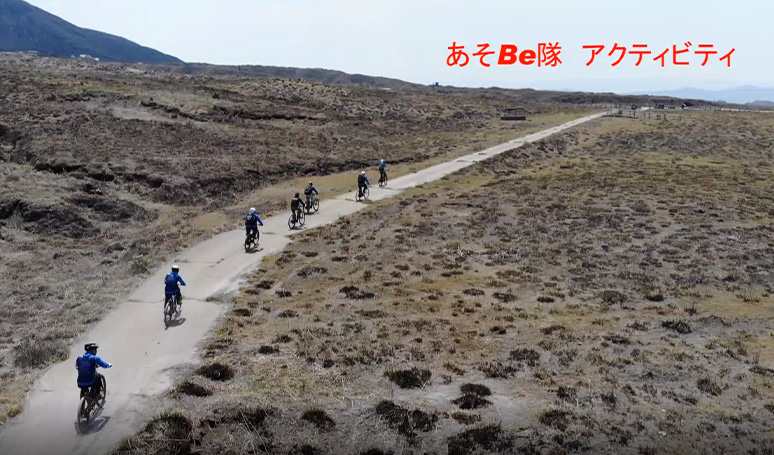 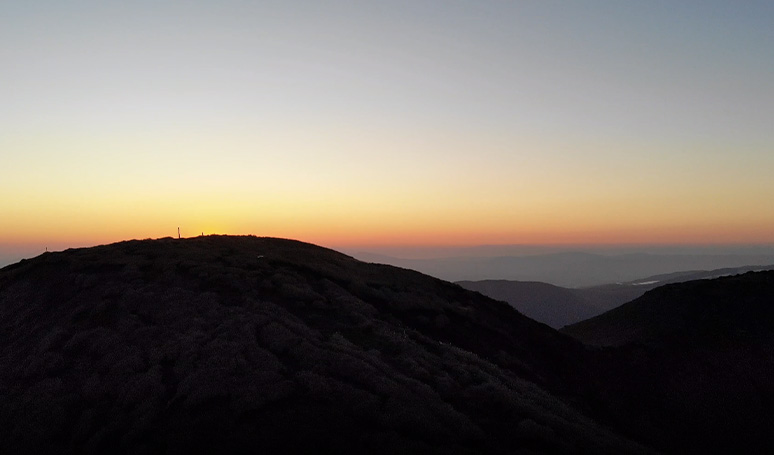 The Aso Caldera is one of the largest calderas in the world, measuring 18 km from east to west, 25 km from north to south, and about 120 km in circumference.
Aso is designated as the Aso Kuju National Park and is certified as the UNESCO Global Geopark.
At the center of the caldera is the Asogogaku, a line of five mountains where you can see magnificent and beautiful mountain landscapes. Nakadake is an active volcano, where you can feel the heartbeat of the earth. You will be impressed by the volcanic smoke spewing out from the crater, where you can see the lava rock surface.
With the magnificent caldera, the great nature, and the people here, you can experience the history and culture of the unique nature of the Aso Caldera and the life that coexists with the it, which is seldom found elsewhere in the world. Your adventurous voyage to encounter new stories begins with Aso Caldera tourism. 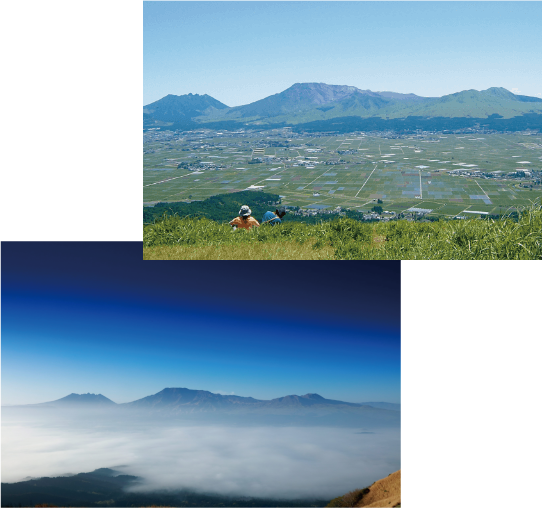 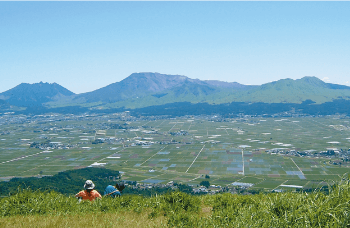 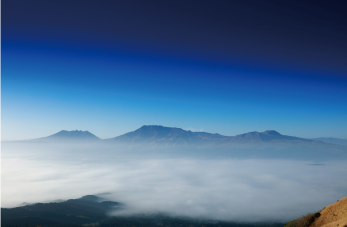 Story of the birth of Aso Caldera

The Aso Caldera is a natural miracle created by four major eruptions that occurred between 270,000 and 90,000 years ago. It is thought that a large amount of underground magma was released to the surface by eruptive activity, which created a large space underground. This resulted in a cave-in that formed a large caldera in the Aso region.

Geoparks are places where you can learn about and enjoy the earth as a whole. You can enjoy and learn the unique culture of the people who coexist with nature and who have grown in awe with the memories of the eruption engraved on the giant caldera, the Nakadake Crater where you can feel the breath of the earth, and the active volcano.

Story of the grassland of over 1,000 years

The grassland of Aso has been maintained by people for 1,000 years. In the past, people engaged in agriculture, such as rice cultivation, and used the grassland to produce fertilizer, which is essential for raising cattle and horses and farming. The grassland of Aso is still maintained by the people of Aso, who continue their activities such as pasturing livestock, grass harvesting, and field burning. It was recognized as a Globally Important Agricultural Heritage Systems in 2013.

Story of the gods of Aso

Revering nature, worshiping of volcanoes
since ancient times,
and praying for a good harvest

Mt. Aso has been worshiped as a mountain of fire since ancient times. Mt. Aso was also once a great sacred ground of Mountain Buddhism, which was involved in mountain worship. Aso-jinja Shrine, where deities of agriculture have been worshiped since ancient times and which conveys the ancient volcanic beliefs, has a history of more than 2,000 years. It is the main shrine of about 500 shrines across Japan, where the 12 gods of Aso are enshrined. Today, its magnificent buildings, such as the shrine building and tower gate (designated as National Important Cultural Property), still remain within the shrine grounds.
Aso, where people have revered the fire of the crater, has inherited the Hifuri Shinji ritual of Aso-jinja Shrine, the Hiwatari (Japanese for "fire-walking") ritual of Saiganden-ji Temple, the Shimomiya Hitaki Shinji ritual of Shimo-jinja Shrine, and other Shinto rituals related to fire. Also, the important annual ritual of Aso-jinja Shrine of praying for a good harvest in autumn, the Onda Festival, will make you feel like you were looking at a traditional Japanese picture scroll.

Story of the water that gushes out

The clear spring water
brought from the caldera

Aso is also called the "home of natural mineral water". Repeated eruptions formed a sedimentary layer that allows water to pass through easily, and the rain that falls in the Aso Caldera is filtered by the natural filter of this sedimentary layer. The water is stored underground to become spring water. There are many water sources in Aso, and this clean and delicious water supports the lives of people in Aso as domestic water and agricultural water.

The lovely flowers that color the caldera

The lovely flowers that live in the Aso Prairie,
which is reborn through controlled burning

The field of Kyushu Azalea flowers, which color the mountains of Aso pink, are in full bloom from the end of May to the beginning of June. You can also enjoy rare flowers that are only found in Aso, such as the clustered bellflower, a purple flower, and Siebold's Catchfly, an impressive flaming vermilion flower.

Plan for 3 days and 2 nights from Tokyo 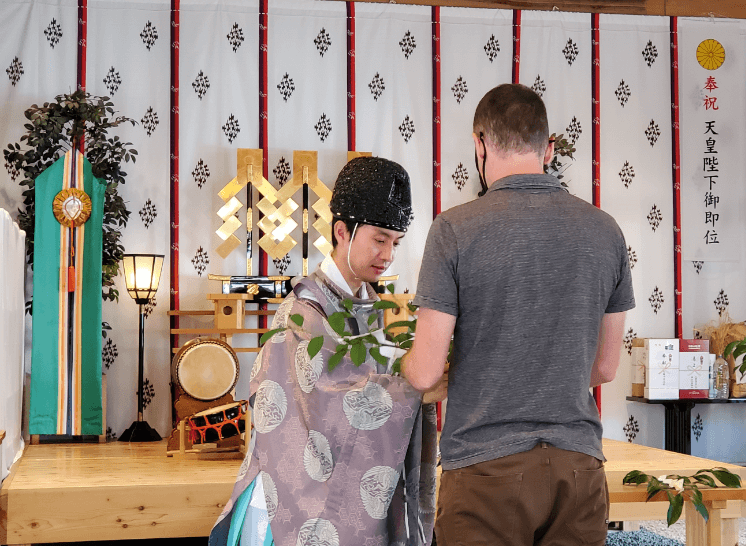 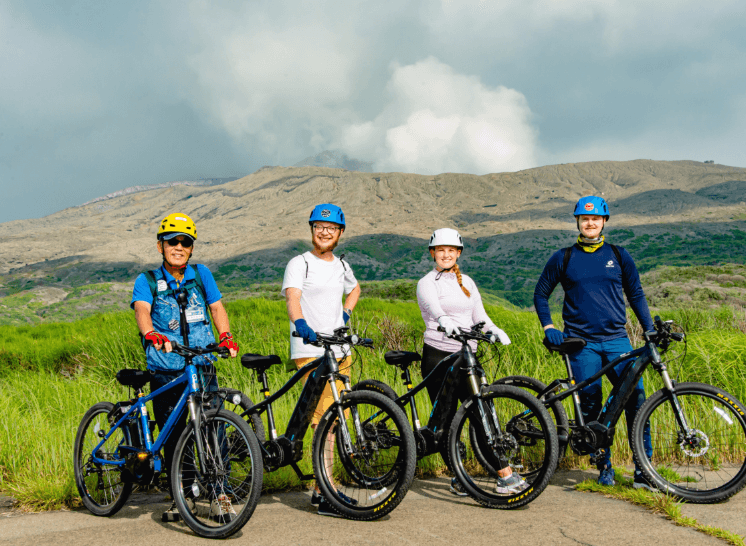